I once read a heartbreaking letter that Herman Melville wrote to his good friend Nathaniel Hawthorne, complaining that he simply could not find time to work on his book because “I am so pulled hither and thither by circumstances.” Melville said that he longed for a big, wide-open stretch of time in which to create (he called it “the calm, the coolness, the silent grass-growing mood in which a man ought always to compose”), but that sort of luxuriousness simply did not exist for him. He was broke, he was stressed, and he could not find the hours to write in peace.

I do not know of any artist (successful or unsuccessful, amateur or pro) who does not long for that kind of time. I do not know of any creative soul who does not dream of calm, cool, grass-growing days in which to work without interruption. Somehow, though, nobody ever seems to achieve it. Or they achieve it (through a grant, for instance, or a friend’s generosity, or an artist’s residency), that idyll is just temporary–and then life will inevitably rush back in. Even the most successful creative people I know complain that they never seem to get all the hours they need in order to engage in dreamy, pressure-free, creative exploration. Reality’s demands are constantly pounding on the door and disturbing them. On some other planet, in some other lifetime, perhaps that sort of peaceful Edenic work environment does exist, but it rarely exists here on earth.

Melville never got that kind of environment, for instance.

But he still somehow managed to write Moby-Dick, anyhow.

Week three started last Saturday. It was the day I looked at my planner and felt the weight of “busy” dump down on my shoulders.

Last year I volunteered to be the District Commissioner of our local Pony Club, and our first meeting was scheduled. Of course I said I would take the sandwiches. The rest of the week followed in the same manner.

Orthodontist appointments, church activities, a spelling B, basketball practice (I also volunteered to coach my daughter’s team), a basketball game, ski club, and speaking at a women’s conference.

Resistance this week was the white rabbit from Alice in Wonderland.

-No time to say hello, goodbye.

But I still got in the studio every day. Yes, I am counting my rendering work as art because, well, it is. These gorgeous designs are by the talented Holly Bellomy in Texas.

Thursday and Friday were painting days.

I have debated whether to work on it more (the face, mostly) but in the end, I have decided to leave it alone. There’s something simple I like about it. I’ve wondered if by the end of this year, the real lesson will be how to let my perfectionism go.

Today I worked on my large still life.

It’s so easy at this stage to get overwhelmed. I am solidly in the middle, and it can become what Seth Godin calls the Cul-de-Sac (French for “dead end”)…and it’s a situation where you work and work and work and nothing much changes.

I noted that this is why daily small paintings are so powerful. You get to move on, without much emotion attached. When you commit to a big one, you feel like you need to succeed or you will have wasted a serious amount of time.

Nonetheless, I think I made some progress.

The bread part of my painting is still bugging me, so I started there. A little redrawing helped.

Then, using a master’s trick from Scott Christensen, I pre-mixed all my colors before I dived into the painting. Mixing paint for an hour isn’t as much fun as painting something beautiful, but it gives your brain a workout. Then, when it’s time to paint, you don’t have any interruptions.

Moving the needle a tiny bit is a win, and I like the bread better than before.

Do you listen to music when you create?

I do. I have my Pandora station dialed in (Eddie Vedder mixed with movie themes like Braveheart, 90s alternative, Mumford and Sons, Lumineers, and a whole bunch of other stuff), and I like it to be pulse-thumping loud while I work.

After four hours, I called it quits for the day. The painting isn’t that inspiring. I’m guessing it will be a middle-of-the-road type when I’m done, but who knows?

Sometimes, good enough is just that.

It may not go down as a masterpiece, but it is strengthening my painting muscles.

I need that as much as anything.

It’s all just an instinct and an experiment and a mystery, so begin.

And if greatness should ever accidentally stumble upon you, let it catch you hard at work.

See you next week friends…. 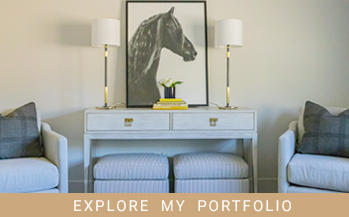